WUHAN VIRUS DAILY UPDATE FOR MAY 10

MOTHER'S DAY IS LOW COUNTS DAY. Sundays have historical low numbers and this Sunday is no different with the 2nd lowest death count yet. More importantly (because we know absolute numbers are not accurate on weekends - not due to real importance), test % positive rates hit the lowest ever at 7.81% which, again, demonstrates that the rate of growth (rog) for new incidents is dropping even as our test numbers improve (albeit slower than the test count should). We also got a new record low for new incident rogs at 1.67%.

Those test positive rates are really key to measuring the direction of the pandemic right now as our test case capacity starts increasing. It's the next best thing (but far from equivalent) to the frequent random anti-body testing I've been calling for since March. Peter Walker has made another instructive graph that shows how many tests need to happen until a positive case is found and grouped it by geographical region. Again it demonstrates that geography and population density are the controlling factors in this pandemic behavior and that LOCKING DOWN HAS NO MEANINGFUL IMPACT. Fortunately, overall, these numbers are improving almost everywhere. 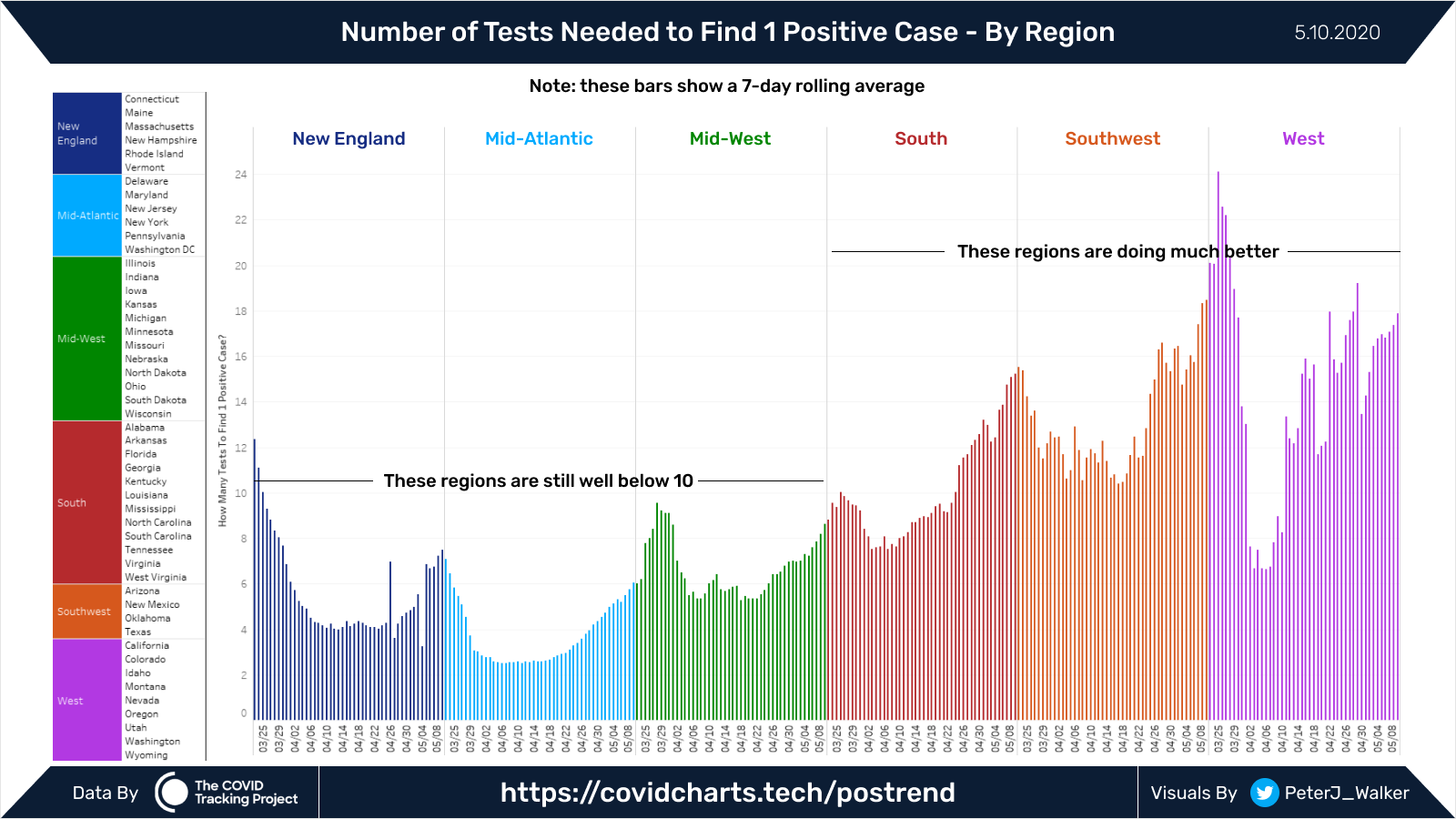 Why are these key rogs going down? Well there are a lot of variables that determine what it takes for a virus to burn itself out - the ONLY way a COVID type virus has ever been defeated thus far. Unfortunately the powers that keep you indoors have been screaming that it's too dangerous and that herd immunity will kill many hundreds of thousands if not millions. Not only is there zero data or experience that would lead anyone to that conclusion, but there is also an interesting paper that explains that herd immunity can be obtained at a significantly lower percent of the population getting exposed. 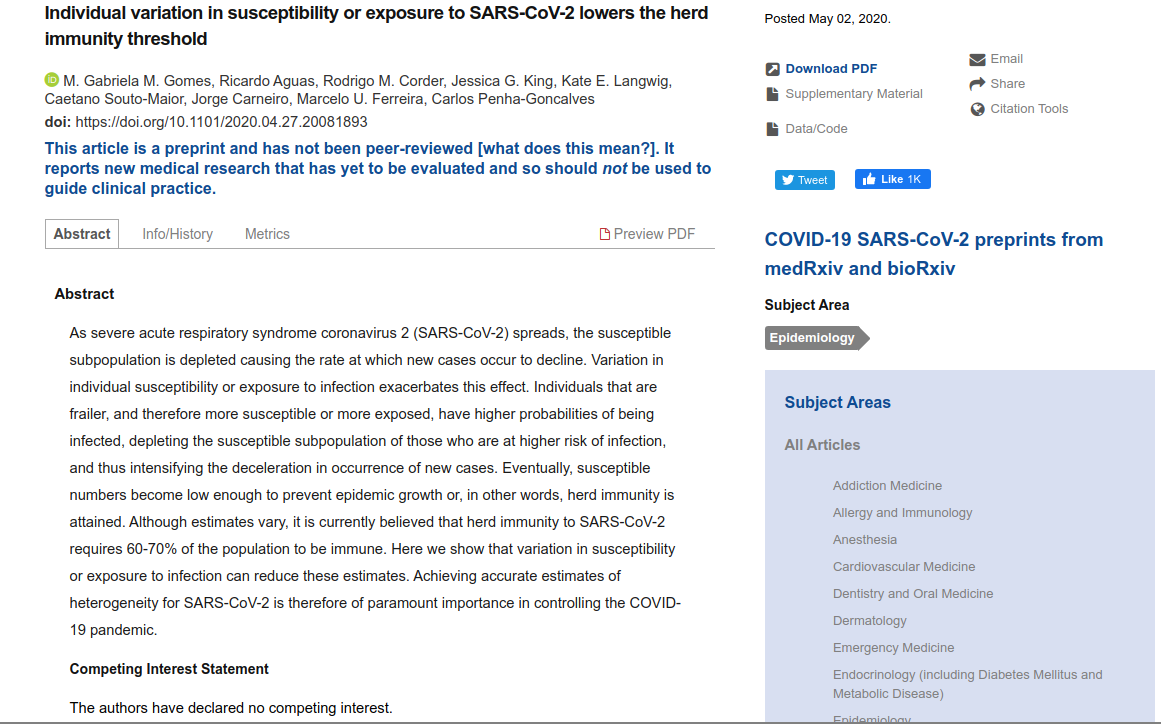 Now this doesn't say that herd immunity is almost here or that it will even take less exposure than what other viruses necessarily took. What it does do is put another nail in the coffin of all those absurd R0/Rt models that the government and media have been using the scare the hell out of everyone because ALL those models required 60-80% of people to become infected before they accounted for herd immunity. Frankly those numbers were absurd in the first place and this paper helps demonstrates why those percentages are likely to be a LOT less.

That's promising news for everyone who is opening up.