WUHAN VIRUS DAILY UPDATE FOR MAY 16

SHORT AND SWEET. Today was a traveling day so no time to do any real analysis. Starting to collect more information on increases in suicides and drug overdoses. Naturally the CDC does not report such things until about 2 years out. Have a lot of content to go over and report on but will have to wait til another day.

Meanwhile, here's a good article my friend, Andrew Koenig, sent me on further evidence that the lockdown had no positive effect: 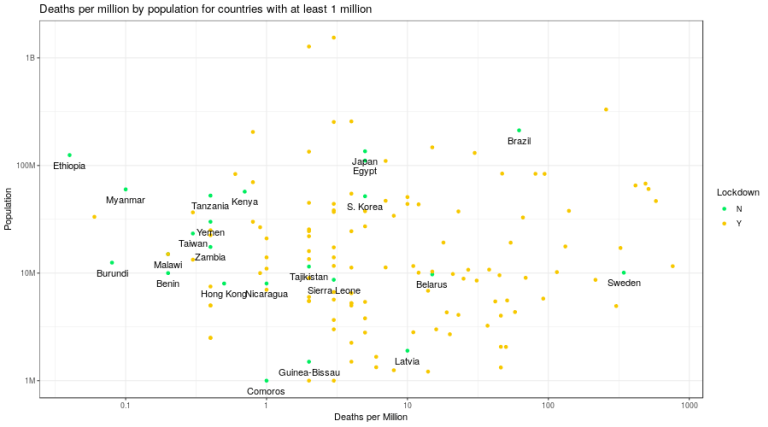 If anything the lockdown countries have fewer deaths per million on average but there's basically no real correlation. You've been sacrificed for nothing.

Get out there and live your lives. There's an ongoing morality inversion that must be stopped. The real individuals and wealth creators are being sacrificed while the elite class who have no skin in the game and pay no consequences when their policies are wrong grow fatter - like the parasites they are. When are we going to close all the non-essential government agencies (most all of them) and furlough government workers so we can re-open private businesses and get people working again by having at least as many months of zero taxes? Time to flip this morality inversion and get back to an ethical reality rather than this dystopian nightmare that they've created!