WUHAN VIRUS DAILY UPDATE FOR MAY 13

NOT ONLY ARE INCIDENTS OF WUHAN-VIRUS A COMPLETE LIE - THE CDC HAS BEEN GETTING IT WRONG FOR YEARS! On April 18th I posted an update where I discovered that ALL the data about actual cases was ENTIRELY based on availability of tests because there were already multiples of actual cases out there already infected and we could only detect as many as we had testing capacity for. I noted the absolute correlation between test numbers and new incidents. Well today I ran across a tweet with this graph that makes the case even better than I did: 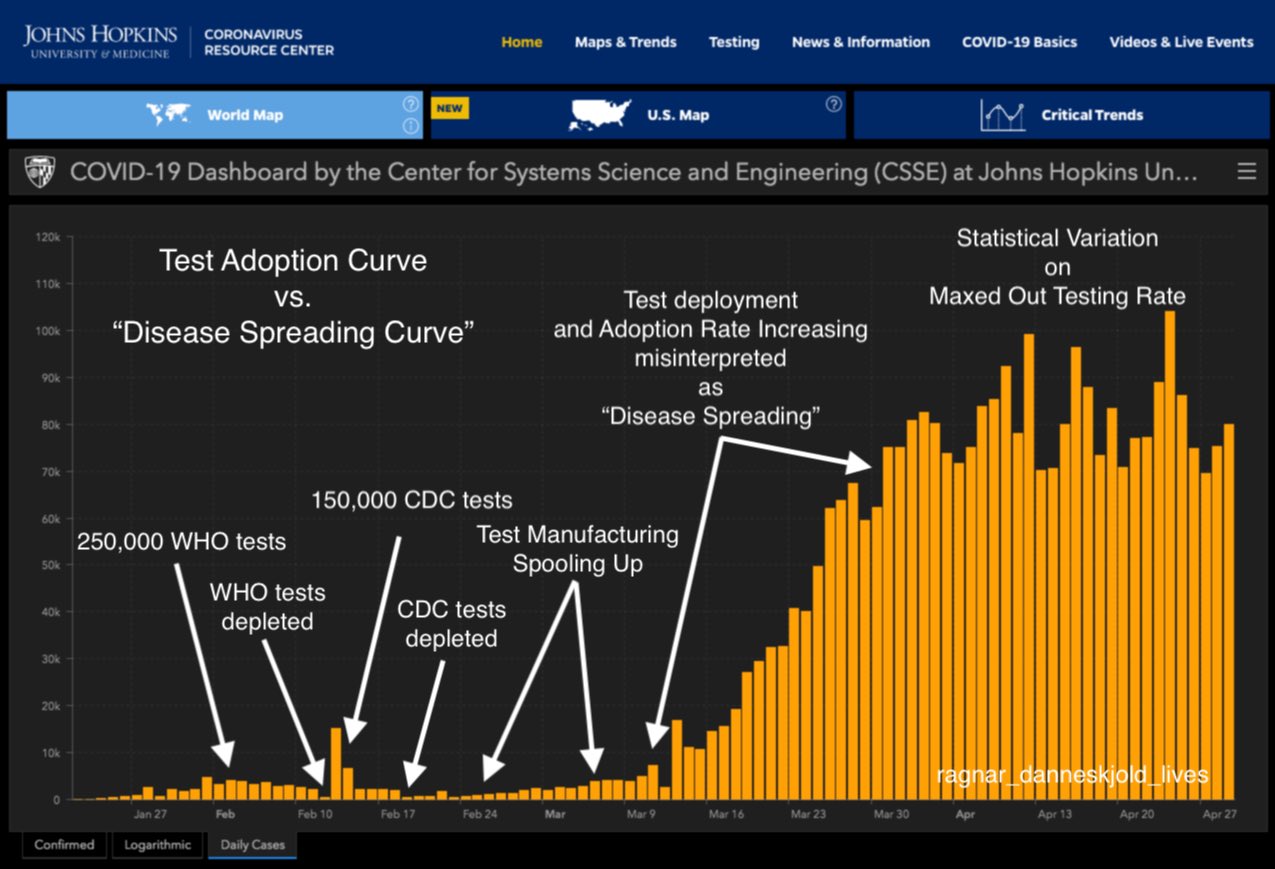 The author of that graph posted a video on April 25th that documents every single little bump in new cases and how it correlated with availability of tests. Not only that but it's also true of H1N1 and SARs cases from prior years! The CDC and our government health organizations have been getting it wrong year after year!!!! Exact same clear and blatant errors! I didn't need but about 3 weeks of data before it was obvious to me what was going on. Why is it that the government geniuses (as we're told they must be by the media and our representatives) never figured this out?!?!? The answer is because they have massive conflicts of interest for there being "pandemics" in order to get their budgets and salaries up and to push through new drugs that they're backing.

PLEASE WATCH THIS VIDEO BEFORE YOUTUBE TAKES IT DOWN. The guy is just showing data directly from the CDC and news reports and demonstrating the absolutely day by day correlations. There's no way this is coincidence.

Now understand that this doesn't mean that the Wuhan-virus isn't a serious thing to be addressed. It absolutely is. But, like I've said so many times before, an incrementally dangerous virus justifies a correspondingly incrementally serious response - and locking down the world is not incremental - it's blowing everything up.

Q: What is absolutely the most important thing we need to know in order to form proper policies regarding the Wuhan-virus?

A: How many people have been infected thus far and on an ongoing basis.

Q: What is the one and only way we can determine this value?

A: Frequent and random anti-body tests of at least 1000 people in each state every 72 hours or so.

We could have and should have been doing this since mid-March. WE CHOSE NOT TO. These very agencies, the CDC in particular along with the FDA, DECIDED not to allow this to happen.

And now for today’s lie: